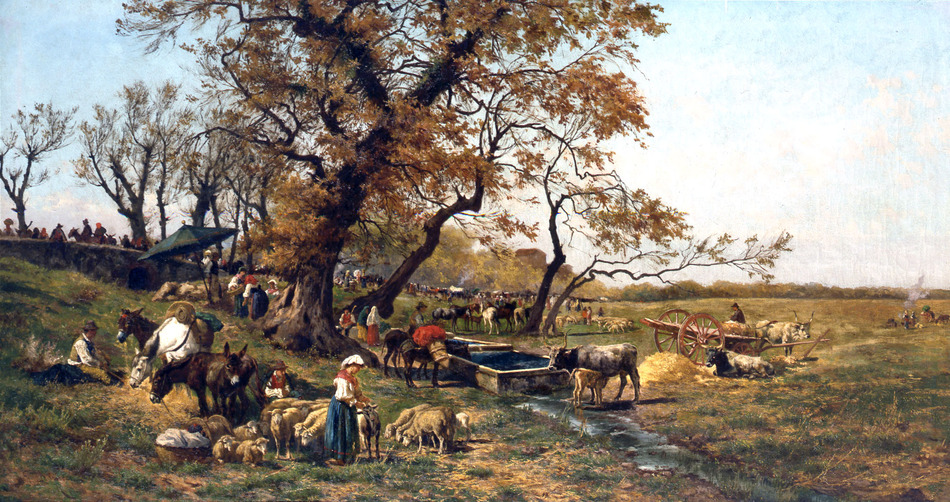 Peasant Gathering in the Roman Campagna

A talented painter who rarely strayed from the themes and subjects of his Roman birthplace, Pietro Barucci excelled at depicting peasant life on the Roman Campagna. In the present work, Barucci paints a broad stretch of country road and fields where peasants gather with their livestock and produce. In the foreground, a woman in a rough, woolen skirt and white kerchief has set down her large wicker basket, at left, and examines a goat. A farmer watches her as his donkeys and sheep graze on dry grass. Other figures gather in the flat landscape beyond them, under the shade of autumn trees: a man waters his mules in a large concrete trough while longhorn cattle wander, loosened from their cart. Women in long, colorful shawls visit near an old shepherd who sits on an ancient concrete block. A narrow road stretches into the distance and hundreds of figures meet along it in a huge market or festival. Barucci paints the lively, bustling scene with an earthy, rich palette and an efficiency of brushstroke that reveal his strong Realist leanings.