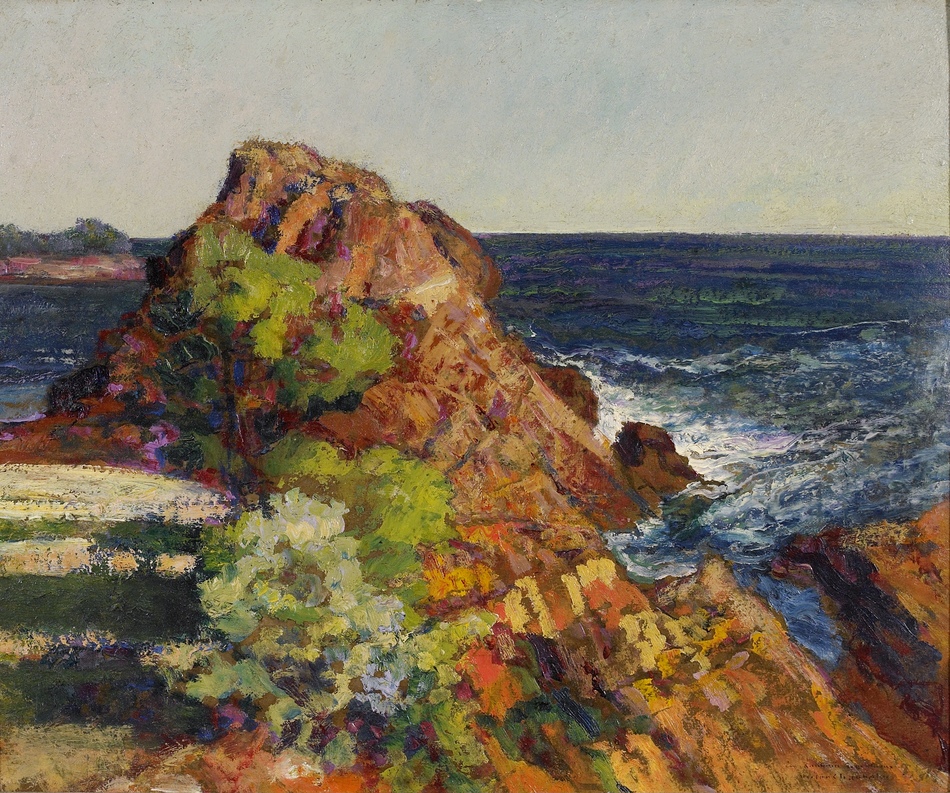 Victor Charreton began his professional life as a lawyer, but ultimately was called to painting and became a masterful artist. He was part of the generation of artists who was exposed to the advances of Impressionism in their youth. He studied with Hareux and the landscape painter Japy, both of whom were early influences on the artist. He debuted at the Salon in 1894.

A pure landscape painter, Charreton painted scenes of the Auvergne, Brittany, Provence, as well as the Maghreb in think and vivid color. He received a silver medal from the Salon in 1913, and was thereafter asked to serve on the Salon Comité. He was a founding member of the Salon d?Automne in 1904 and also its Secretary, and was an officer of the Legion d?Honneur.