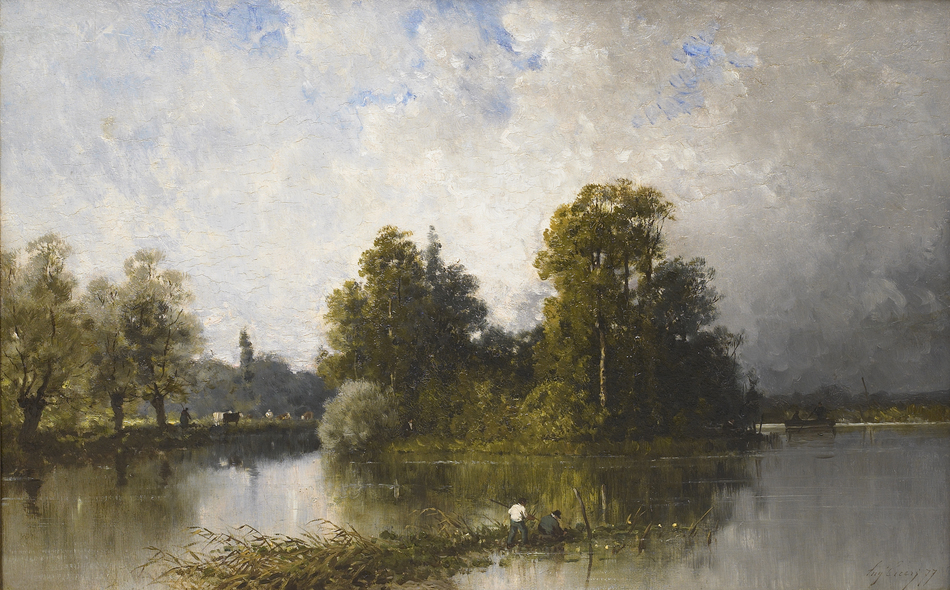 Fishing in the Pond

Eugène Ciceri was a painter of Fontainebleau, the banks of the Seine and the Marne, and the Normandy coast. He owned a farm in Barbizon, which was later purchased by Charles Jacques, and spent much time working among the Barbizon group. The influence of the Barbizon artists, and of Corot in particular, are evident in his work.

Son of the painter Pierre-Luc-Charles Cicéri, the chief decorator of the Paris Opera during the Restoration, and nephew of the Romantic landscape painter Eugène Isabey, Eugène learned to paint with his father. While his father?s influence is apparent in his decorative murals for the theater at Mans, Ciceri is best known for his sensitive landscape views. It is in these works that Ciceri adopted the warm color and intimate perspective of his uncle. He began his public career at the Paris Salon of 1851, otherwise known as the ?Realist Salon? because of the rise in number and popularity of Realist and Barbizon paintings at the Salon, and won a third-class medal in 1852.