Jean Baptiste Camille Corot was born in Paris on July 16, 1796. His first teacher was Achille Etna Michallon, a landscapist who studied in Rome. The time Corot spent with Michallon was brief, as Michallon died later that same year. His influence, however, was immense, for it was he who had suggested to Corot that he carefully study out-of doors. Corot afterwards studied with Jean Victor Bertin, who had also been Michallon?s teacher. In 1817, Corot?s father bought a country home in Ville d?Avray, and the countryside became a tremendous source of inspiration for the young artist. With the financial support of his family, Corot traveled to Italy in 1825; his simple, direct interpretations of what he saw caused a stir among his colleagues. Corot left Rome in 1826 and traveled throughout much of Italy, returning to France in 1828. It was then that Corot began to establish his pattern of spending the warm months painting out of doors, and the winter in his studio, preparing his large canvases for the official Salon where he exhibited regularly beginning in 1831. Corot returned to Italy in 1834, and, in 1835, passed his first warm season in Fontainebleau. Official recognition soon followed, and the French government purchased Little Shepherd from him in 1840. After one more trip to Italy in 1843, Corot spent most of his time in France painting the landscape of his native country, especially at the family property at Ville d?Avray. By the late 1840s, Corot knew Rousseau, Millet, Troyon, Diaz and Dupré, and met them often at Fontainebleau. His freshly painted canvases done in plein-air attracted a wide circle of painters, and it can be said that Corot became the father of landscape painting in France. 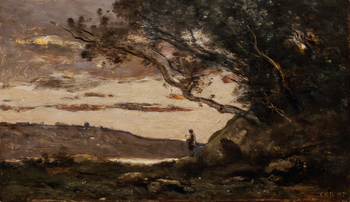 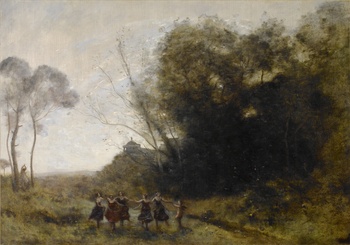 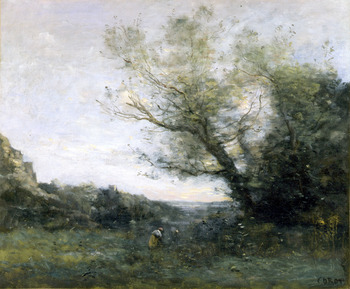 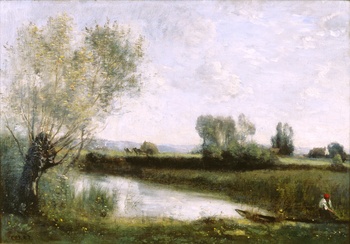 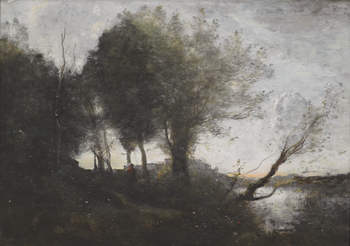 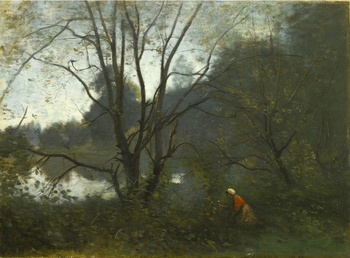 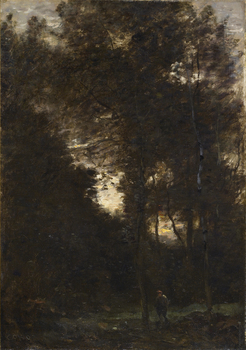 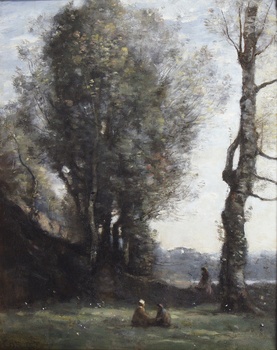 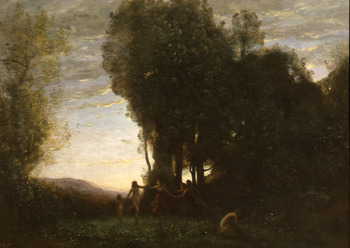