Narcisse Virgile Diaz de la Pena was one of the foremost figures of the first generation of Barbizon artists. He, along with Rousseau, Millet, Daubigny, Corot, Dupré, Jacque and Troyon, established the Barbizon movement that drew hundreds of artists to the forest of Fontainebleau over the course of the nineteenth century. The heart of Barbizon art was direct study from nature, be it landscape or the human figure. Barbizon artists were the first to narrow the gap that had traditionally existed between the direct sketch and the finished studio picture.

Diaz was born to Spanish emigrant parents on August 20, 1807 in Bordeaux. At the young age of seventeen, Diaz went to work for a printer, then for a porcelain manufacturer, where he met the young Jules Dupré and Nicolas-Louis Cabat, both of whom would also later work at Fontainebleau Forest, as well as the painter Auguste Raffet. Immersed in this group, Diaz honed his skill at the higher arts with a few lessons from François Souchon (1787-1857) and by copying at the Louvre. The works of artists such as Pierre Paul Prud?hon and Correggio inspired him, and, following this vein, his early paintings of the 1830s were romantic visions of nymphs, bathers, or Oriental women in lush, wooded settings. These catered to the popular taste for 18th century style Rococo and resulted in financial success for the young artist.

Though figure painting would always remain important for Diaz, it is his landscapes of the 1850s, 60s, and 70s, particularly those of Fontainebleau Forest, for which the artist is most remembered. Diaz met Theodore Rousseau in 1837 and showed his first Fontainebleau landscape at the Salon of that year. He began to exhibit pure landscapes without figures only after 1848, and the success of these forest interior scenes, including one which won him a first class medal at the Salon of 1848, allowed him to discontinue exhibiting publicly at the Salon after 1859. Recognized as a superb colorist in his own day, his forest interiors are richly painted with warm browns, oranges, golds and silvery tree trunks and branches. Though the artist often applied paint loosely with a broad palette knife, his acute observation of nature and natural effects was nevertheless keen. He was officially decorated even after leaving the official exhibition system when he received the Legion d?honneur in 1881. Diaz?s financial success enabled him to lend a helping hand to his friends when in need, including Troyon, Rousseau, and Millet.

The artist died at Menton on November 18, 1876. Phillippe Burty, a well-respected critic and supporter of the Barbizon school wrote in his eulogy of the artist,
"The Forest of Fontainebleau loses in Diaz an artist who had the truest perception of its peculiar charm. He did not see it in its somber grandeur; he felt its delight and fascination. No one has so successfully caught the spirit of the pleasure parties that crowd its shady alleys in spring time and summer. No one has renderedwith such astonishing effect the bright flashes of slanting sunlight upon the trunks of its beeches and birch trees. No one, again, has translated with such force and brilliancy the velvet surface of its moss-grown rocks or the embrowned gold of its autumn foliage."1 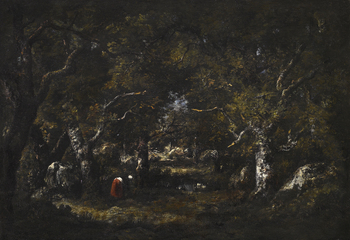 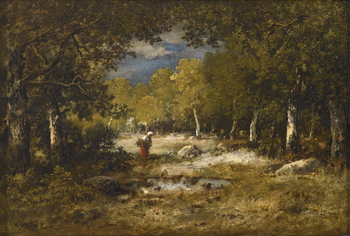 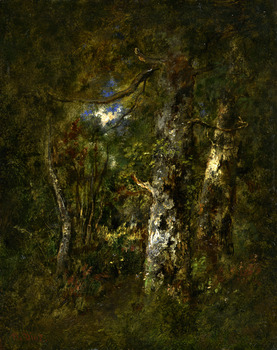 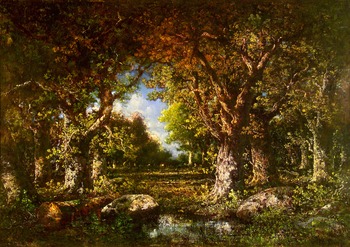 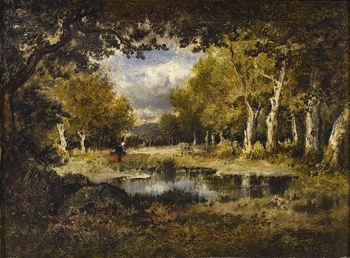 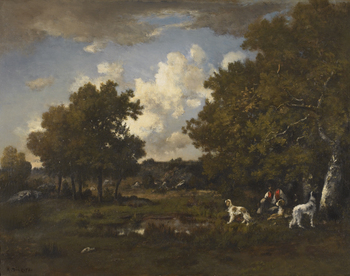 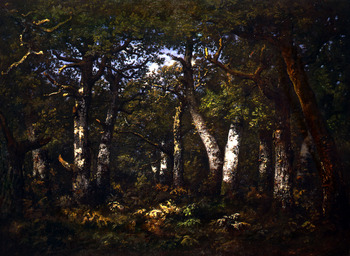 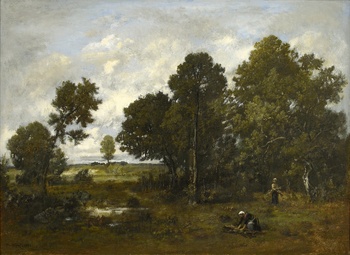 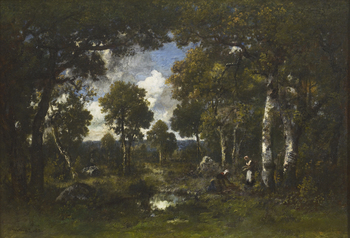 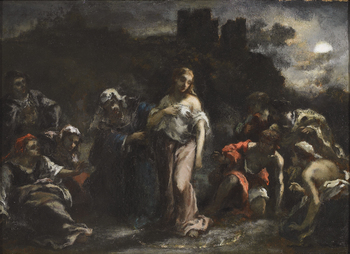 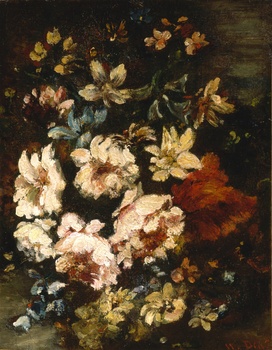 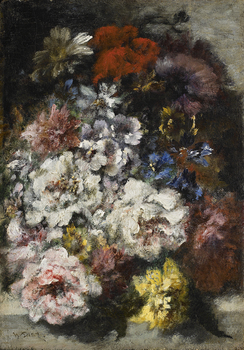 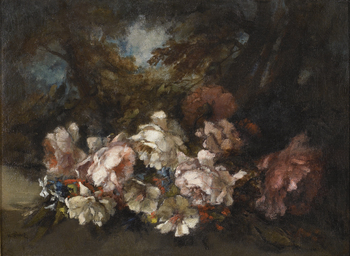 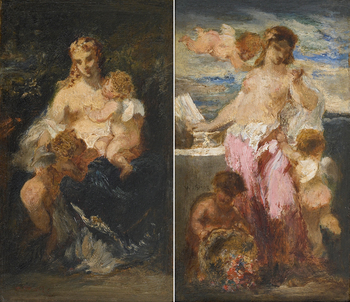 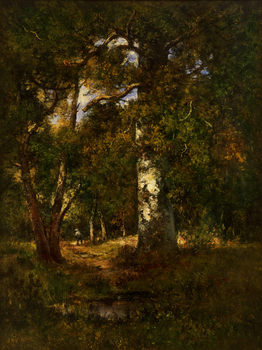 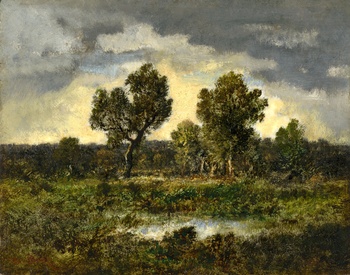 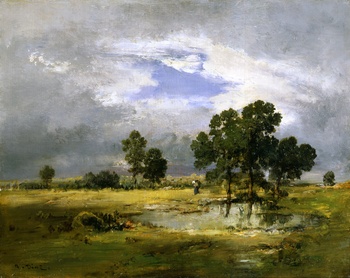 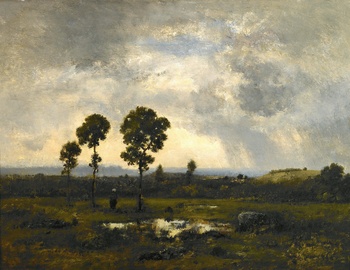 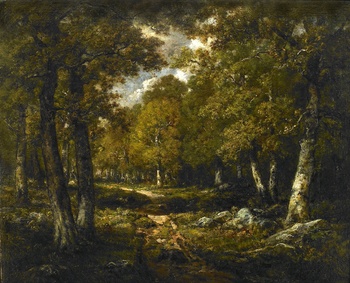 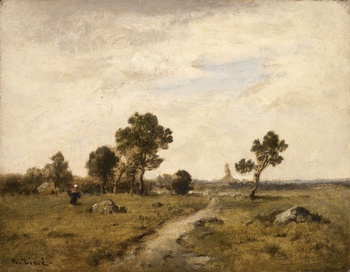 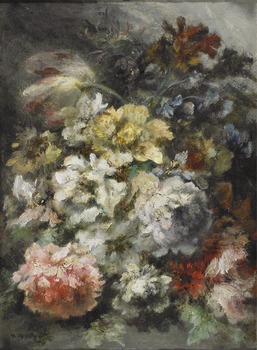