Louis-Aime Japy was a talented artist who painted nature with a great deal of sensitivity. He visited Italy at the beginning of his career and while he made Italy the subject of many paintings, the majority of his works are of the French countryside, particularly the Jura and Doubs in the Franche-Comté region.

Japy was a student of Français and Corot. He debuted at the Salon of 1864 and was made a Societaire des Artistes Français in 1883. He was awarded a medal in 1870, a second class medal in 1873 and a silver medals at the 1889 and 1900 Expositions Universelles. In 1906 he was made a Chevalier at the Legion d?Honneur confirming the high regard in which he was held in his lifetime. 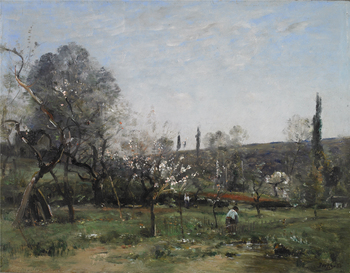 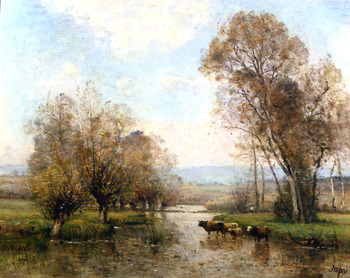