Born in Paris in 1846, Karl Pierre Daubigny was the son of, Charles Francois Daubigny, one of the original eight Barbizon painters and one of the leading landscapists of his time. Taught by his father and embracing a similar aesthetic, Karl Daubigny traveled the French countryside painting, working primarily in Auvers, Normandy and Fontainebleau. At the age of 17, Karl debuted at the Paris Salon with the painting Le Sentier et l?Ile de Vaux-sur-l?Oise. By the age of 22 he had already won several medals at the Salon.

Karl Daubigny died prematurely at the age of 40. His prolific contribution to the second generation of Barbizon painters is evident in his ability to convey, through his painting, his devotion to and love of nature. 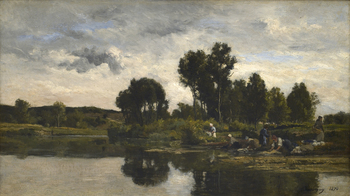 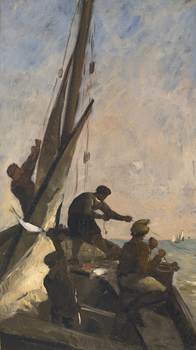