Hugues Merle was a talented painter of idealized, often sweet and tender genre themes, that were so prominent during the middle of the nineteenth-century. A student of Léon Cogniet, he began exhibiting at the Salon in 1847. He was awarded second-class medals in 1861 and 1863, and in 1866 he was made Chevalier of the Legion of Honor. Merle concentrated on a range of subjects, including allegories, historical anecdotes and highly finished rural genre scenes, often of mothers and children. It was this latter that won him his greatest success. Sentimental scenes of childhood innocence or maternal affection led contemporaries to compare his work to that of Bouguereau. Stranahan even wrote that the artist ?became a considerable rival of Bouguereau in subject and treatment.?1 Merle?s work was known internationally and was particularly popular among American collectors. 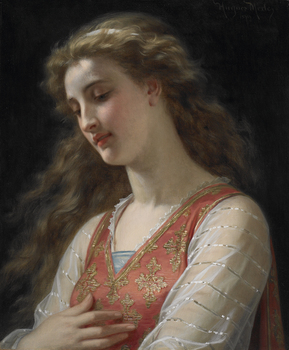 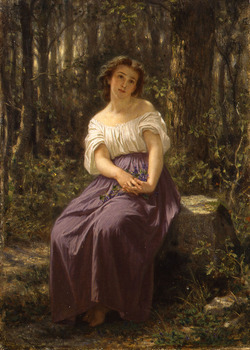