Born in Solesme, France in 1847, Léon Richet was of the generation of painters raised during the height of the Barbizon school. He was a student of Narcisse Virgile Diaz de la Pena, as well as Jules Lefebvre and Gustave Boulanger. He began a Salon career in 1869, received an honorable mention in 1885 and was awarded second place medals in 1888 and 1901. However, his Barbizon-style works figure more importantly in his career than his Salon submissions.

Richet was very influenced by the works of Rousseau. The majority of Richet?s landscapes are of the forest of Fountainebleau, although he did also paint views at Moret sur Loing, Loiret, Burgundy, Normandy, and along the Seine. His compositions are often airy and open, unlike the sometimes enclosed or shadowy views of nature of some of his mentors and counterparts, such as Diaz and Corot. Richet was a very prolific artist and his works appear in many collections. 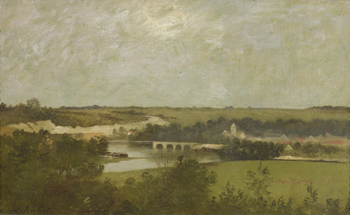 Léon Richet
Village along a river 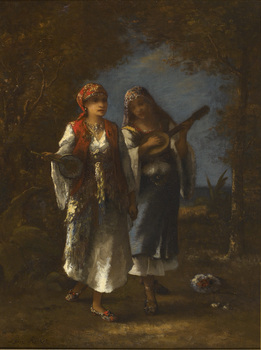 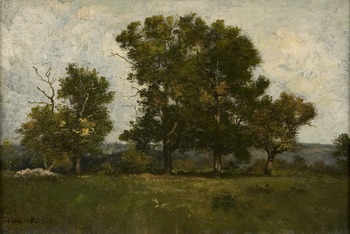 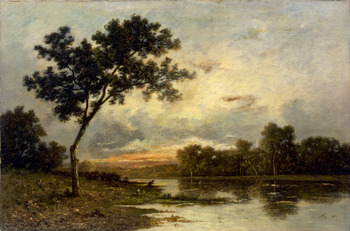 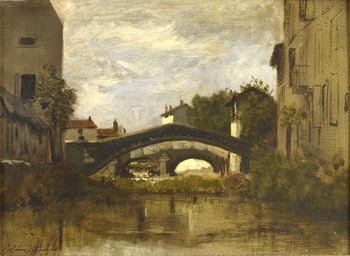 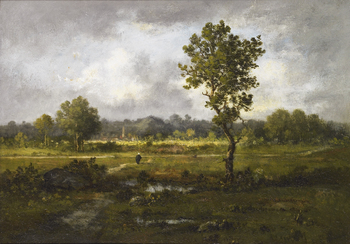